With up to seven or eight global launches at a time—and dozens of people in a handful of countries working on each of them—there are many details for the Bobbi Brown Creative Operations team to consider in order to flawlessly execute a marketing campaign. One of these major campaigns was for the Crushed Lip Color, a new product line that launched in Fall 2017.

Bringing Crushed Lip Color to market involved a complex, multi-channel marketing campaign for which Andrew Chin, Creative Project Manager at Bobbi Brown, oversaw every bit of content creation. Andrew’s team, Creative Operations, functions as the link between the Creative, E-commerce and Social Media teams at Bobbi Brown. Equipped with a design background, Andrew has a deep understanding of the need for tracking small details to deliver beautiful and successful marketing campaigns.

A five-star launch (that’s Bobbi Brown speak for a big launch), the Crushed Lip Color campaign was indeed a massive undertaking. When asked how many employees might be involved in a launch, Andrew’s answer covers nearly everybody. “From the executive leadership and brand team to the various marketing teams, product development, and creative operations, the Crushed Lip Color campaign involved many people across the company, not to mention the designers and creative team.”

With so many tiny details and people involved, Andrew’s role is to make sure all marketing initiatives have the assets they need to be successful, and that every launch goes off without a hitch.

From stepping stones to major milestones

Coming from a design background, Andrew's role on Creative Operations was his first taste of project management. He approached the process like a true designer: looking to understand the entire creative production process, he interviewed his team members to learn how they work together. "We created an overall timeline with major milestones listed: when the brief comes in, when the reviews happen, and when final creative is delivered."

While critical, these major milestones didn't provide Andrew with the visibility he needed to keep production on track. He couldn't always tell where a project stood, who was involved, or what next steps were. "There are so many steps in between milestones that they were constantly missed or at risk of getting delayed."

Using Asana allowed Andrew to fill in the gaps that he noticed. "With Asana, I was able to map out steps in the production process at a more granular level, such as when design layout needs to go to the online team, when we expect feedback, and so on," he says. Filling in the smaller steps has allowed his team to easily track multiple projects and campaigns at the same time.

From start to finish, the timeline for a major launch like Crushed Lip is typically a year. It may seem like a long time, but there are many moving pieces (as well as stakeholders), all of which Andrew must be able to track and manage seamlessly so that nothing slips.

For example, there are separate photo shoots for E-commerce and Global Marketing, then several rounds of reviews by the Design team for each set of photo assets.

“Once everything’s tied together, we send all photo creative to the online team for review to make sure we’re meeting their needs. Once we have alignment there, we send everything over to our creative director for feedback. He share his comments, and then we have a short amount of time for QA (quality assurance) and final tweaks.”

Since the team is global, it doesn’t end there.

“We have markets outside of the US, like APAC, the UK, and other regions. Some regions need time to translate the assets, so that time needs to be built in to our process, too.”

Andrew tracks all of these important details using custom fields—status, type of launch, and team, to name a few—which are built into the project template he uses in Asana. Everything is also color-coded so team members can easily see if a project is waiting on an asset, on hold, or complete. This at-a-glance visibility helps provide accountability as well as the ability to quickly see changes and updates. 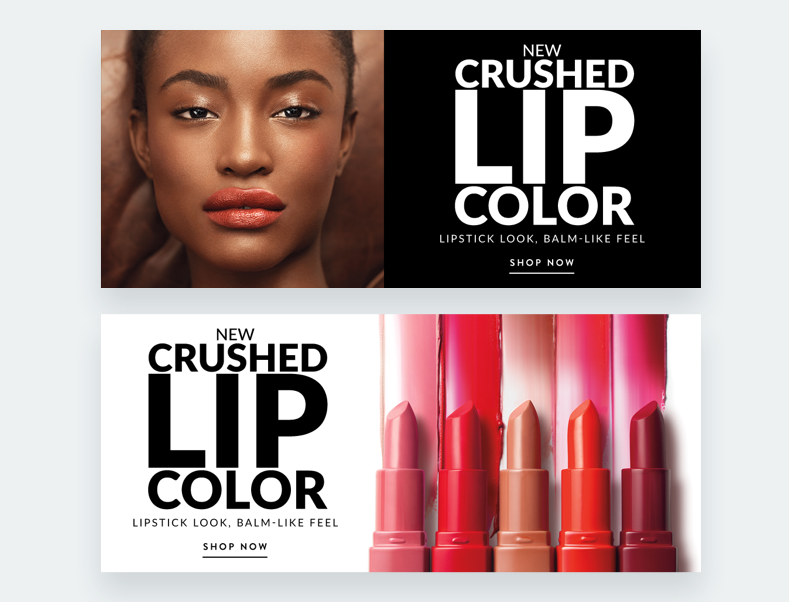 The key to trust and execution: accountability

Once all assets were approved and distributed, the Crushed Lip campaign went live in September 2017. Everything a consumer might experience viewing the Crushed Lip line on the Bobbi Brown website or on social media was touched by Andrew’s team. Additionally, they provide assets that support luxury marketplace retailers that carry Bobbi Brown products.

With so many assets being used in so many places, Andrew relies on Asana to get a bird’s-eye view of what else is being worked on by his team and what resources are available to them—all while working on bigger five-star launches like Crushed Lip.

“I use Asana to find out what’s coming up in the next couple days or in the next week and then help prioritize for each designer. I go to them and say, ‘This is coming up. Are you ready to do this? Do you need help or additional resources?’”

In addition to being able to help his team members by following their projects at a high-level, Asana has helped the team communicate more efficiently. “Asana has impacted how we communicate, which is very important. We used to communicate a lot more through emails, but things got lost very easily and quickly. Asana fixes that.”

Asana also allows the team to spot changes and make updates quickly. Andrew explains, “I live in Asana now. With anything I’m working on, a lot of changes will happen along the way. Every change causes a ripple effect: a copy change might seem insignificant, but it touches so many different parts. There’s a constantly changing timeline based on things like that happening. Asana helps me keep track of that.” 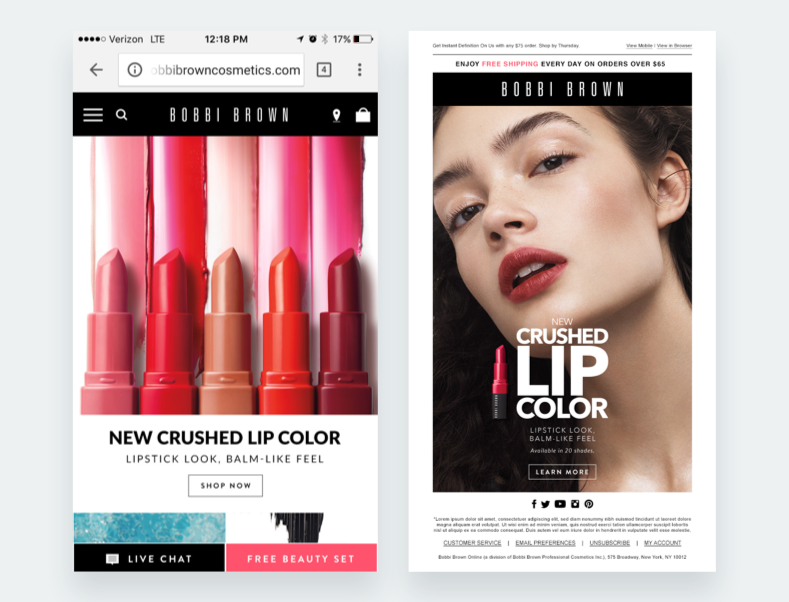 While there is plenty of action happening on Andrew’s team alone, Asana also helps him communicate changes and progress with other teams.

“I wouldn’t be able to communicate with my counterparts on different teams without Asana, and our file system would be a mess. There’s absolutely no way to keep track of the amount of work coming in and deliverables going out without Asana.”

For Andrew, success depends on a ton of tiny details coming together to create something magnificent. With the ability to track projects and communicate cross-departmentally, Andrew’s team crushed the Crushed Lip campaign—and have a process they can easily replicate for future global marketing initiatives.

Using Asana wall-to-wall has been crucial in helping Hack Reactor scale. As Hack Reactor CEO Tony Phillips puts it, “We’ve cut our operations costs in half because we’re able to execute more efficiently with the processes we’ve set up in Asana.” And as costs go down, the quality class experience—and the post graduation experience— goes up. Graduates from Hack Reactor are hired at a 98% rate.